John Kearney is a seasoned senior executive and business advisor who has built a very robust career leveraging his significant knowledge of financial and operational matters and its application to sophisticated business decisions. In addition, John has had the benefit of significant transaction and international operating experience particularly in Western Europe.

A proven financial and operations executive,  John spent the early part of his career as the Chief Financial Officer of the Polyfibron Division of W. R. Grace and Co.  Polyfibron was the holding division for a number of businesses in the Grace specialty chemical group.  During this period, Grace was a transaction driven company and over the course of twelve years Polyfibron managed more than three dozen separate acquisition or divestiture transactions in which he played a significant management role. One of  John’s key responsibilities as a member of the Polyfibron financial group was to work with the various portfolio companies to develop reporting systems, dashboard metrics and analysis so that operating managers and senior executives had information which allowed them to understand the economic impact of decisions made to operate, sell or invest in the company or related opportunities.

After his time at Grace, John was instrumental in assembling and operating the 125 title Fidelity Investments owned Community Newspaper Company (CNC). He served as CNC Chief Financial Officer and Senior Vice President of Operations.  In that capacity, John developed metrics to rank the profitability of each paper and established criteria to determine the relative profitability of each paper on both an incremental and fully loaded basis providing an innovative vehicle for the editorial and operating managers to determine how to approach a given title from an editorial and production perspective.

John also used a similar approach to determining profitability in the types of jobs bid at NewStarcom Holdings.  NewStar was one of the largest role ups of electrical contractors in the U.S.A. As CFO, John worked with project managers, estimators and field supervisory personnel to determine what types of jobs were most profitable, where the greatest upside lay and where the greatest downside risk existed.  From this investigative work new bidding metrics were established and in four years the company went from $100 million of revenue to $200 million of revenue and from break even to $9 million of EBITDA and secured a $45 million offer for the business.

Since 2010 John has assisted a number of private companies, many of whom are private equity backed, in improving operating performance thereby driving significant improvements in financial outcomes.   He has provided both buy and sell side support leading to successful conclusions of both equity and debt transactions.

John also serves as an Advisor to various workout groups of leading lending organizations. He has successfully worked with owners and executive management of loan portfolio companies to professionalize the finance function and business operations, resulting in value creation for the companies and their lenders.

Mr. Kearney is a graduate of the College of the Holy Cross in Worcester, MA and received a Master of Business Administration from Northeastern University in Boston MA. Complementing Mr. Kearney’s business experience is a significant commitment to youth hockey where Mr. Kearney sits on several Boards and is active in all aspects of youth hockey. 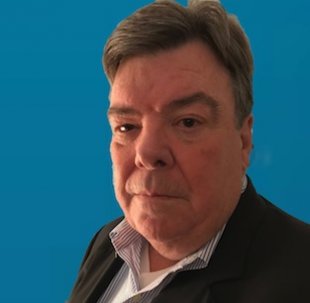 Get started with your business transformation today